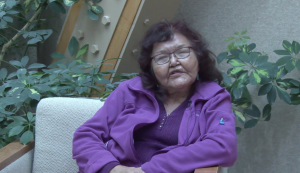 Leda Jules was born on the land near Wolverine Creek. Her mother and father were traveling to Pelly Banks when her mother went into labour, so her father helped delivering her. She is the third child after her sister Daisy and brother Eddie. Leda is a member of the Wolf Clan and a member of the Kaska First Nation. She grew up speaking the Pelly Banks dialect of Kaska. Leda and her husband Robert Jules live in Upper Liard, with their eight children, twelve grandchildren, and six great-grandchildren all living near by. During the summer, Leda spends her time at Frances Lake, raising her children and grandchildren on the land. Leda has dedicated her life work to the documentation and the preservation of Kaska language, culture, and history. In 1973, Leda began working in the Upper Liard Kindergarten. From 1974 to 1989 Leda worked in adult education in Upper Liard and at the Watson Lake satellite campus of Yukon College. Between 1991 and 2007, Leda worked for the Yukon Government Aboriginal Language Services, where she worked on countless Kaska translations, interpretations, and language documentation projects to promote First Nations languages in the Yukon Territory in general and the Kaska language in particular. During this time, Leda played and essential role in the publishing of the Guzagi K’uge’: Our Language Book: Nouns Kaska, Mountain Slavey, and Sekani (1997) and Dene Gudeji: Kaska Narratives (1999). Between 2007 and 2014, Leda worked as a language and culture specialist for the Liard First Nation Band, continuing her work documenting and promoting the Kaska language and culture. When not working, Leda enjoys sewing, reading and spending time on the land. Leda also loves travelling and enjoys learning about other people’s customs and culture. One of her favorite trips was to Arizona, where she was able to visit with the southern Dene people, the Navajos and Apaches. Being out on the land makes Leda feel happy and healthy and so she continues teaching young people about the land. 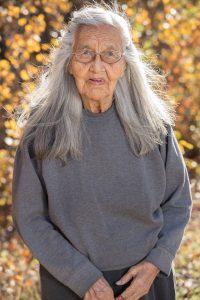 Martha (Mida) Donnessey was born in May, 1928 near Blue River in northern British Columbia. She is the daughter of Mary and Old Smiley. Her mother’s father was well known Kaska elder George Steel. Mida’s husband was Raymond Donnessey and she raised a large family, trapping and living from her knowledge of the land. Mida speaks the Liard dialect of the Kaska language.

Mida has always practiced her traditional Kaska skills and to this day, tans her own moose hides, collects traditional medicines, and spends time on the land. Mida is known for her exceptional sewing skills and beadwork. Mida was a regular participant in the Yukon Story Telling Festival, and she continues to share her knowledge and stories as a teacher at Watson Lake Secondary School. Mida has been a Kaska language teacher since 1997. 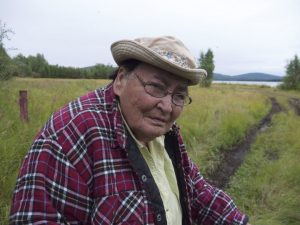 Alice Watson Brodhagen was born in Lower Post, B.C. on September 10, 1926. Alice’s Kaska name is Asbā. Alice is the daughter of Adela Stone, a Kaska woman, who came from around Toad River in northern B.C. and settled in the Liard Valley area with her husband, Frank Watson. Frank Watson was a Californian, who originally came north looking for gold. Alice and her family speak the Lower Liard dialect of the Kaska language. Alice’s early years were spent panning for gold and living off the land. Over the years she lived with her family in Lower Post and later settled at Windid Lake, just a short distance northeast from Watson Lake, where she continues to live until today. Unfortunately, Alice’s father died when she was only 13 and she, her mother, and her siblings, Asmond, Edna, and Bob were left to provide for themselves. It was challenging at times, but they successfully managed to continue living with what the land provided. Alice and her family experienced first hand the impact of the local World War II construction projects such as the Watson Lake airport and the Alaska Highway. Despite these major changes and disruptions in the area, Alice and her family managed to maintain their independence and relative isolation, continuing to live off the land, fishing, hunting, and trapping, while also later taking advantage of various job opportunities associated with the nearby airport. Alice has maintained her love of Kaska traditional activities throughout the years, and still continues her Kaska way of life until today. Alice has many stories about life in Kaska territory, long before European contact, which she likes to share. Alice’s retelling of the Mammoth Story taking place on the shores of Watson Lake is particularly wonderful. 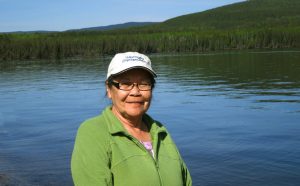 Maggie Dick was born in 1947 at Frances Lake to David and Lucy Dick. Maggie comes from a large family of six brothers and three sisters. She spent her childhood by Frances Lake and around Ross River. Maggieʼs childhood Kaska name if Dzídze and her adult name is Tsésdōlemā. Maggie has three children, six grandchildren, and five great-grandchildren, most of whom live in Ross River and Whitehorse. Maggie lives near the Liard River in Upper Liard, where she spends a lot of her time. She is an avid traveler who enjoys driving her truck all over Kaska Territory, especially on the Campbell Highway between Watson Lake and Ross River. Maggie speaks the Frances Lake dialect of Kaska and is a member of the Crow Clan. 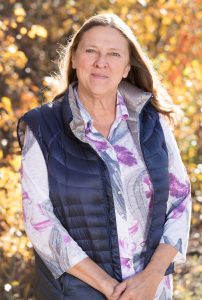 Linda McDonald  was raised in a traditional Kaska family, growing up around her family’s cabin seven miles north of Watson Lake in Southeast Yukon. Her childhood was busy with all that was required to live close to the land; trapping, hunting, fishing, gathering of plants, berries and other traditional pursuits. Kaska is Linda’s first language and growing up, it was spoken at home by everyone. Linda learned English while at the Charles Camsell Hospital in Edmonton, where she spent 2 years, recovering from tuberculosis. Linda graduated from high school in Watson Lake and went on to receive her Bachelor of Education from the University of Alberta in 1981. After teaching in Watson Lake for two years, Linda went back to school, attending Carleton University and completing a Masters of Arts Degree in Northern and Native Studies in 1992. In addition to teaching the Kaska language and First Nation Studies courses at Watson Lake Secondary School, Linda continues to share her mother’s lessons in natural resource management, stressing the need to proceed in ways that respect and reflect traditional Kaska values, beliefs and practices. Linda has been a strong advocate for revitalizing the Kaska language in general, but focusing in particular on her family’s Lower Liard dialect. She has been working closely with Patrick Moore on various projects over the past 15 years, including the Kaska Talking Dictionary Project. Linda’s Kaska name is Wūdzįhāmā. 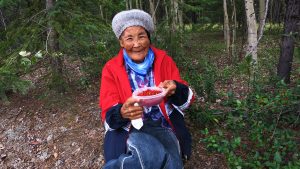 Louise McDonald  is a speaker of the Lower Liard dialect spoken in Northern British Columbia. Louise comes from a well known family from the areas around Muncho Lake. 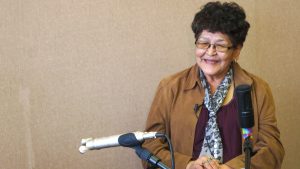 Jocelyn (Dick) Wolftail was born in Upper Liard in the Yukon Territory to Andrew Dick and Annie Dick Molloy. Her Kaska name is Gah, which means “rabbit”. Jocelyn is a fluent speaker of the Francis Lake dialect of Kaska. Even though she attended the Lower Post residential school, she kept her language, continuing to speak it with pride. She was able to do that thanks to her mother, who was a fluent speaker, and her grandparents and aunts and uncles who continued to speak to her. She enjoys speaking the language to her grandson and granddaughters. Jocelyn became a language teacher in 1991. She taught at the Watson Lake Elementary and Secondary School. She received her Yukon Teacher’s Certificate in 1994 and taught in the Secondary School until 1998. Jocelyn continues to teach sewing and other traditional Kaska skills in various land-based culture camps. Currently, Jocelyn works for the Liard First Nation’s language department as a teacher, translator, and interpreter. Jocelyn wants to make a difference in her community and hopes to inspire the younger generation to keep carrying the language into the forward. “We need more of our young people to speak. Even one new word a day is a way to beginning to speak.” 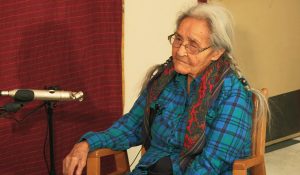 Clara Donnessey is a speaker of the Liard Dialect 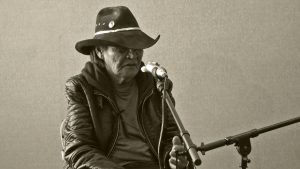 Dennis Porter  is a speaker of the Lower Liard Dialect 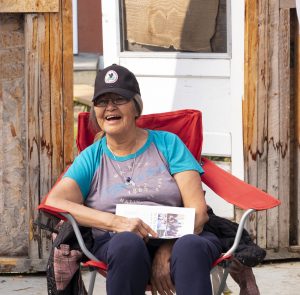 Rose Caesar is a speaker of the Frances Lake Dialect 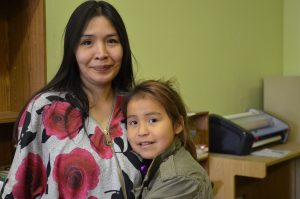 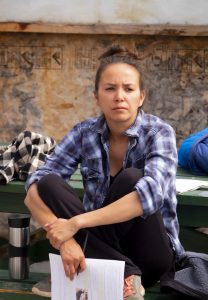